More than 15,000 Russian millionaires want to leave the country 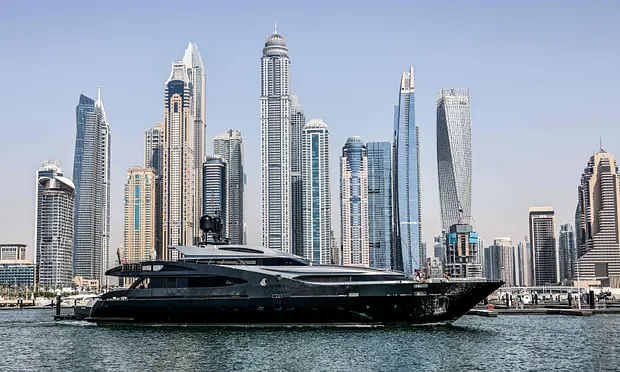 Russia’s richest people are worried about the future of the Russian invasion of Ukraine and the consequent Western sanctions against Moscow. For this reason, many Russian millionaires want to move abroad. More than 15,000 millionaires could leave Russia this year amid the war. News from The Guardian.

Henley & Partners, a London-based organization that works with immigrants, says Russian millionaires are leaving the country. According to the agency, 15 percent of Russians with a net worth of more than 1 million no longer want to stay in their home country after the start of the war in Ukraine. They want to leave Russia this year. The number is more than 15 thousand.

Andrew Amoils, a researcher at the institute, said the influx of millionaires from Russia was not new. Many Russian millionaires have emigrated over the past decade. But the war in Ukraine and Western sanctions on Moscow have exacerbated the trend.

Andrew Amuels commented that the tendency of rich people to leave the country is a warning to Russia. He said that before the collapse of a country became inevitable, the rich people of that country started migrating abroad. If we look at history, we will see many such incidents. They can no longer feel safe in their own country’s economy. So they migrate abroad to ensure the safety of personal property. Take your resources with you.

However, Henley & Partners did not provide details on where more than 15,000 millionaires will leave Russia this year. Wealthy people from different countries prefer to settle in the United States and the United Kingdom, the organization said. But now many are migrating to the United Arab Emirates (UAE). Loving the luxurious life there. Many of the millionaires who left Russia could settle in the UAE.

Apart from this, the list of destinations of Russian millionaires may also include Australia, Singapore, Israel, Malta, Mauritius, Monaco etc. Many countries like Malta, Monaco are known as tax havens. Living there is quite luxurious. So Russian millionaires can choose these countries for the security of personal property.

But now they will be wary of going to Europe because of the Ukraine war. Therefore, according to many analysts, in the current context, the safest destination for the rich to leave Russia may be the United Arab Emirates, especially Dubai. Because, it can be reached in just a few hours flight from Russia. In addition, the funds of Russian citizens living in Dubai have not yet come under Western sanctions. Besides, UAE has been very popular with Russian tourists for many years. Many Russian buyers have bought property in the country.