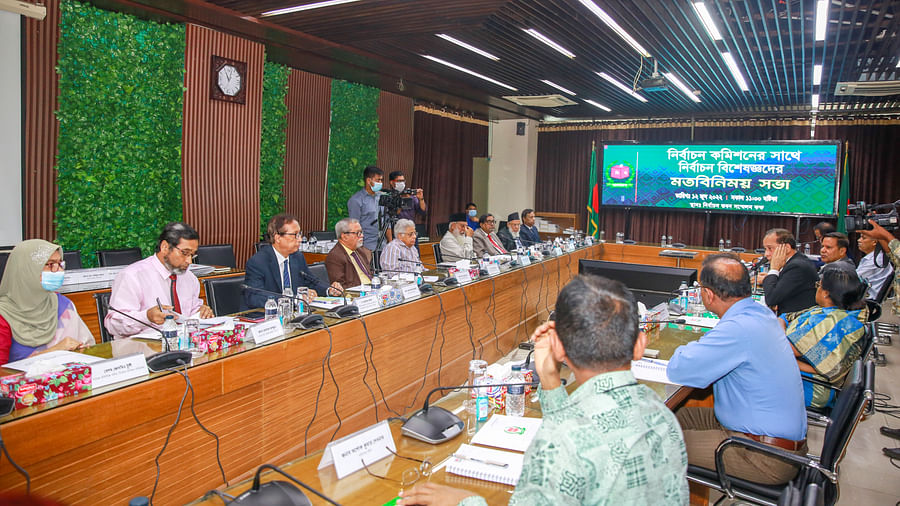 Former Chief Election Commissioner ATM Shamsul Huda said, “If all parties do not come to the polls this time, it will not be acceptable. So how you bring it will depend on what you offer. My time was also BNP was problematic in the 2008 elections. It took a lot of time to bring them. It seems that they are not willing to go to the polls now.

The only challenge in the upcoming national elections is to hold elections with the participation of all parties, said former Election Commissioner Mahbub Talukder, adding that if the elections are not participatory, it will not be acceptable nationally and internationally.

Former Election Commissioner Mohammad Abu Hafeez said, “The participation of all parties must be ensured. Then everyone will think, the election has been good. But the Election Commission cannot be involved in this matter. If they become involved, you will see that nothing is going to happen. In our time, many attempts have been made to bring in those who boycotted the elections. But that did not happen. There has been a lot of violence. If there was no election at that time, there would have been more violence at that time.

Abu Hafeez said those who are the ruling party will think about how to bring the parties to the polls.

In today’s exchange of views, 26 former CEC, EC and EC secretaries-additional secretaries were invited. Only 10 of them took part.