Zayed-Nipun’s appeal hearing will be held on June 5  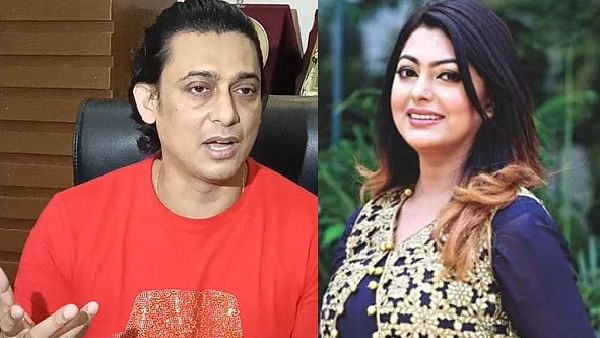 The Appellate Division has fixed June 5 for hearing of the petitions filed by the parties (Nipun Akter’s leave to appeal and Zayed Khan’s application) for the post of General Secretary of Bangladesh Film Artists Association. The three-member Appellate Division headed by Chief Justice Hasan Fayez Siddiqui fixed the date for the hearing on Monday.

Earlier, on April 25, the Appellate Division adjourned the hearing of the petitions till May 23. Following this, the issue came up in the agenda today.
Senior lawyers Ahsanul Karim, Nahid Sultana and Mojibul Haque Bhuiyan were present in the court on behalf of Zayed Khan. Senior lawyer Rokon Uddin Mahmud and lawyer Mustafizur Rahman Khan were in favor of actress Nipun Akter. Nipun and Zayed were present in the court room at that time.
The election of Shilpi Samiti was held on January 26. Preliminary results the next day declared Zayed Khan as the General Secretary. Nipun later lodged a written complaint with the Electoral Appeal Board.

In this situation, Zayed Khan filed a writ petition in the High Court against the letter of the Department of Social Services dated February 2 and the decision of the Board of Appeal dated February 5. The High Court ruled on March 2 on the final hearing of the writ petition. The verdict rejected Zayed Khan’s candidature and declared Nipun Akhter as the general secretary of the Bangladesh Film Artists Association. As a result, Zayed Khan’s candidature got validity.

In this regard, Zayed filed a contempt of court petition against Nipun and Member of the Board of Appeal Mohammad Hossain for disobeying the order of March 8. On the other hand, in the previous series, the matter came up for hearing in the regular bench of the Appellate Division on March 14.

On that day, the Appellate Division directed the two parties to strictly follow the status quo given by the Chamber Court regarding the post of General Secretary. At the same time, the contempt of court petition was adjourned for 4 weeks (stand over). The court said that during this period, if anyone wants, he can regularly leave to appeal against the judgment of the High Court.

Nipun later filed a regular leave to appeal against the High Court judgment. Zayed Khan filed another petition seeking revocation of the stay order passed by the High Court. Separate applications are on the agenda of the Appellate Division today.

Zayed Khan’s lawyer Ahsanul Karim told Prothom Alo that the Appellate Division has fixed June 5 for hearing on other petitions including leave to appeal.